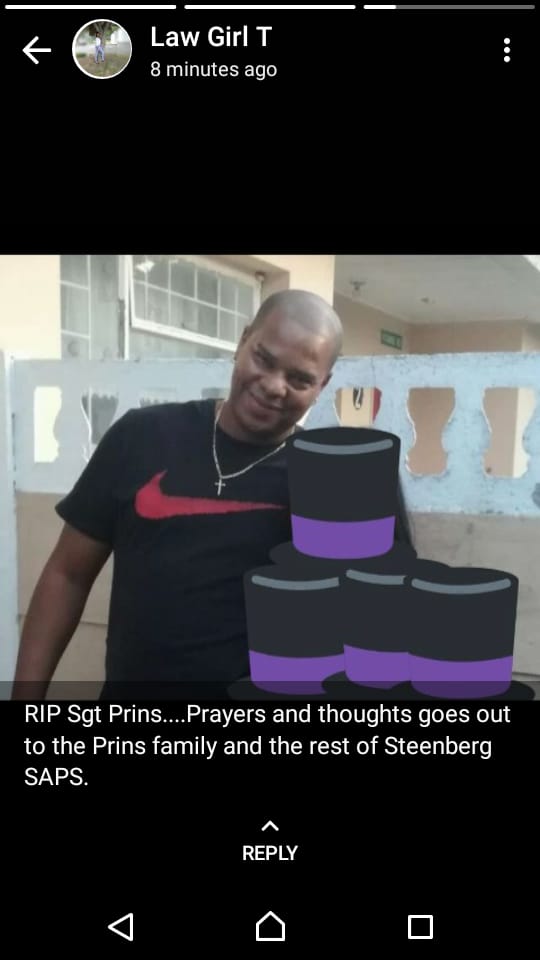 Gmorn. Admin. Sgnt Prins from steenberg saps has passed. I can confirm that he has passed. Received that he has been shot in lavender Hill but do not know the details surrounding the shooting. He was a strong community protected and will be missed by NHW’s and NGO’s in the retreat area..

*Media interest*
POLICE MEMBER FATALLY WOUNDED
Last night at 23:15 a 34 year old Sergeant was shot and fatally wounded while pursuing suspects in Grindel Crescent Lavender Hill. The member was shot once in the right side of body, and was admitted to hospital where he succumbed to death.
The suspects fled the scene and are yet to be arrested.